Conversion and extension of the former Tameside Magistrates Court building into twenty-six apartments.

The conversion of this distinctive former court building in Ashtion-under-Lyne started on site in January 2007. The 1930’s building is a prominent Ashton landmark located at the eastern end of Park Parade directly adjacent to the roundabout.

Our scheme re-models the existing 1930’s court building, reducing circulation to a minimal, legible route as well as adding glazed rooftop extensions and an external lift tower in a clean, contemporary style.

Twenty-six one and two bed apartments, of which six are two-storey, are spread across three storeys and a half-basement. The building stands on the site of the medieval Ashton Old Hall, demolished in 1896 to make way for railway sidings. 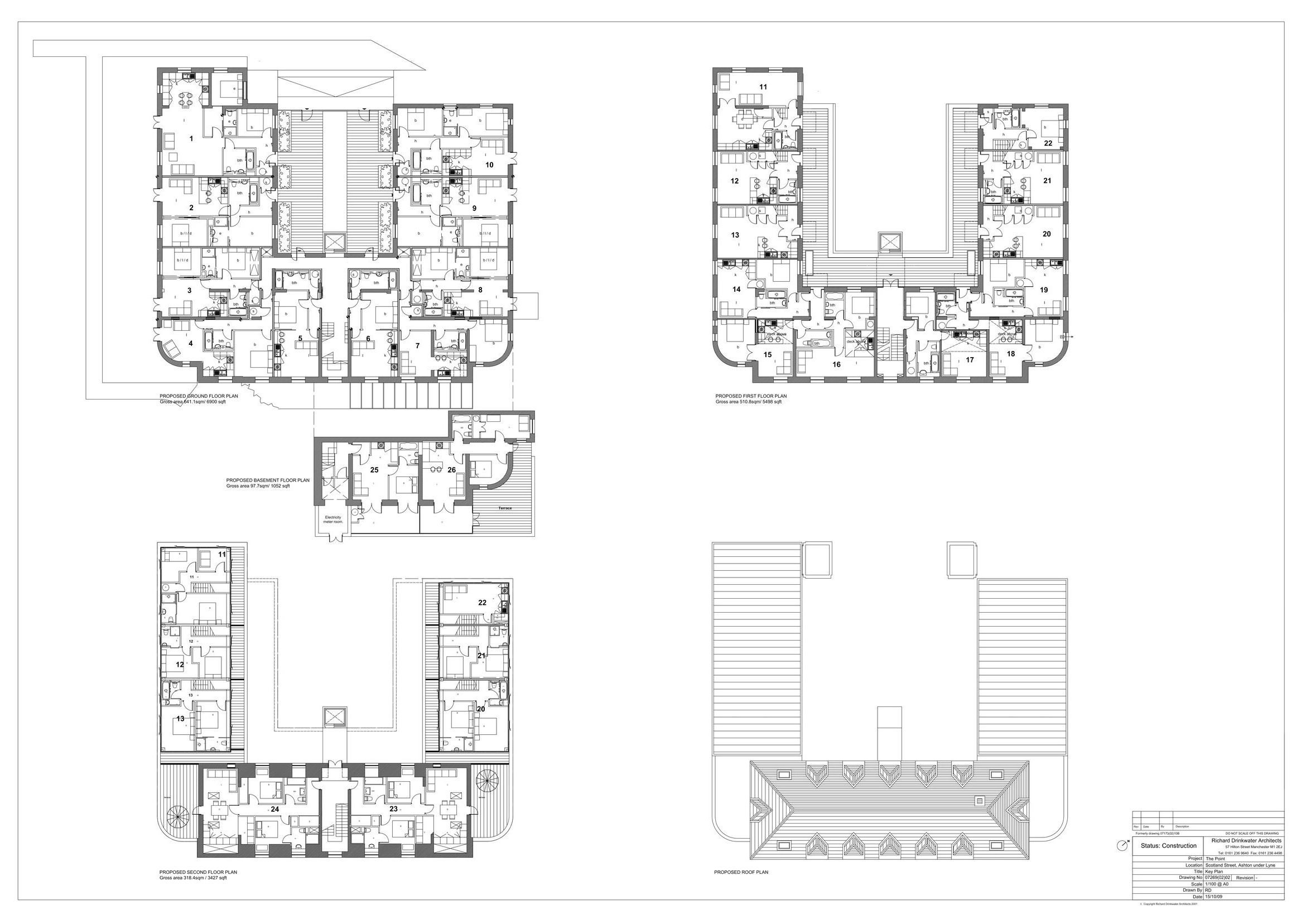 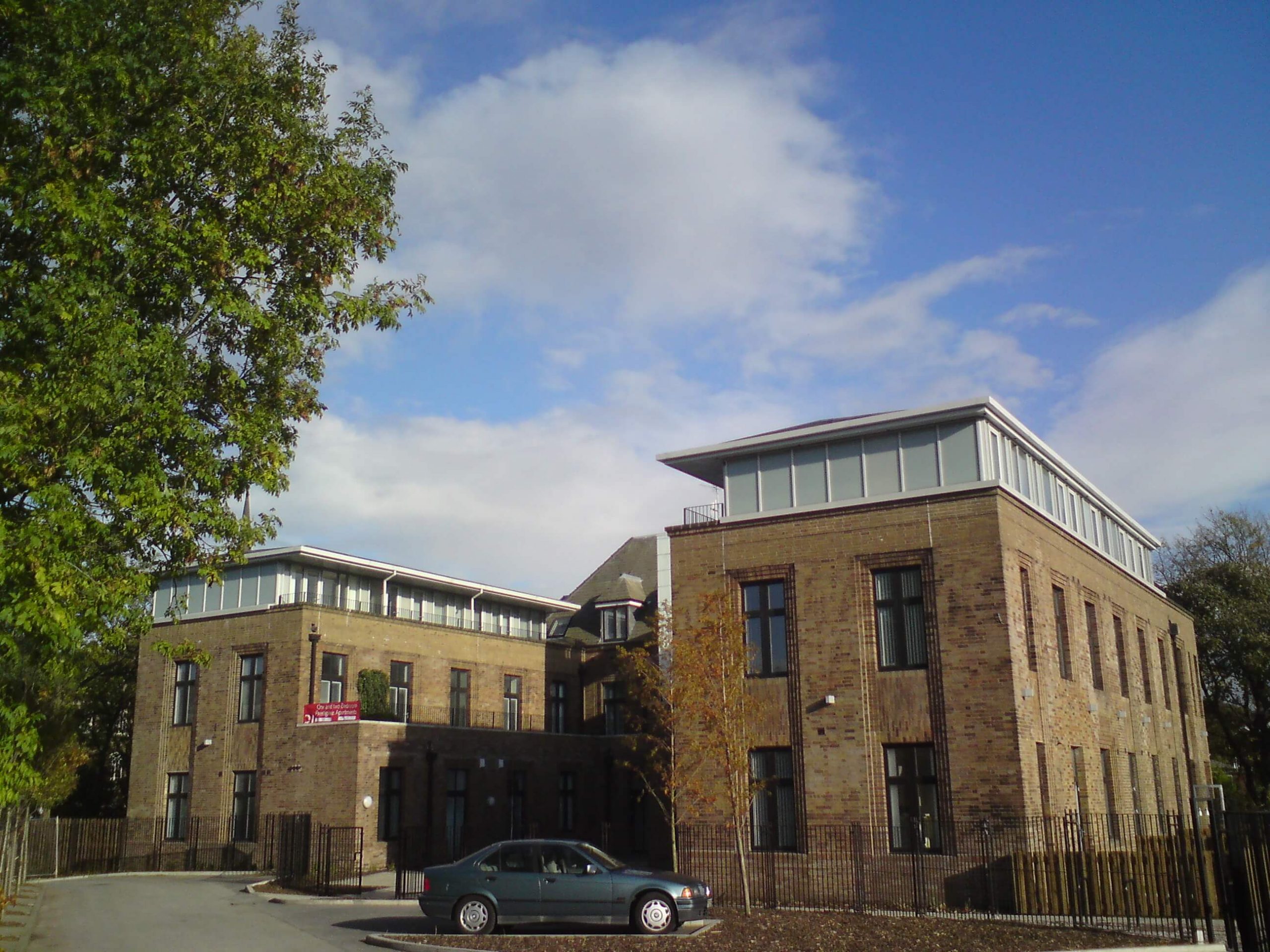