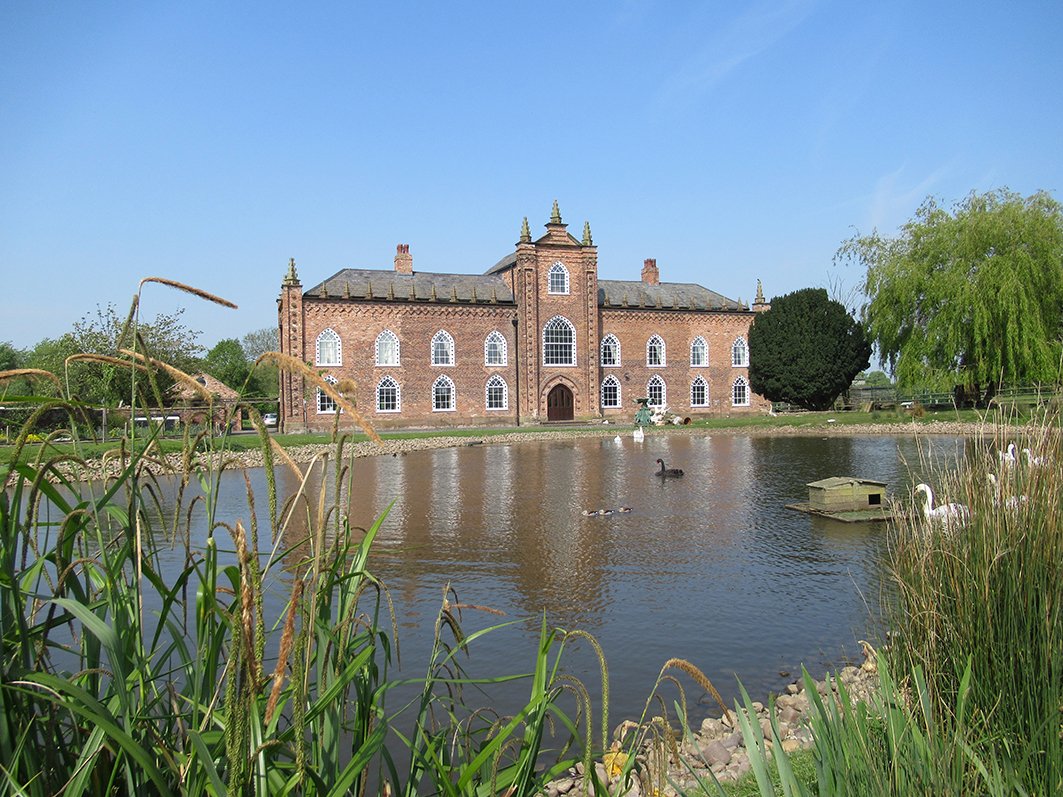 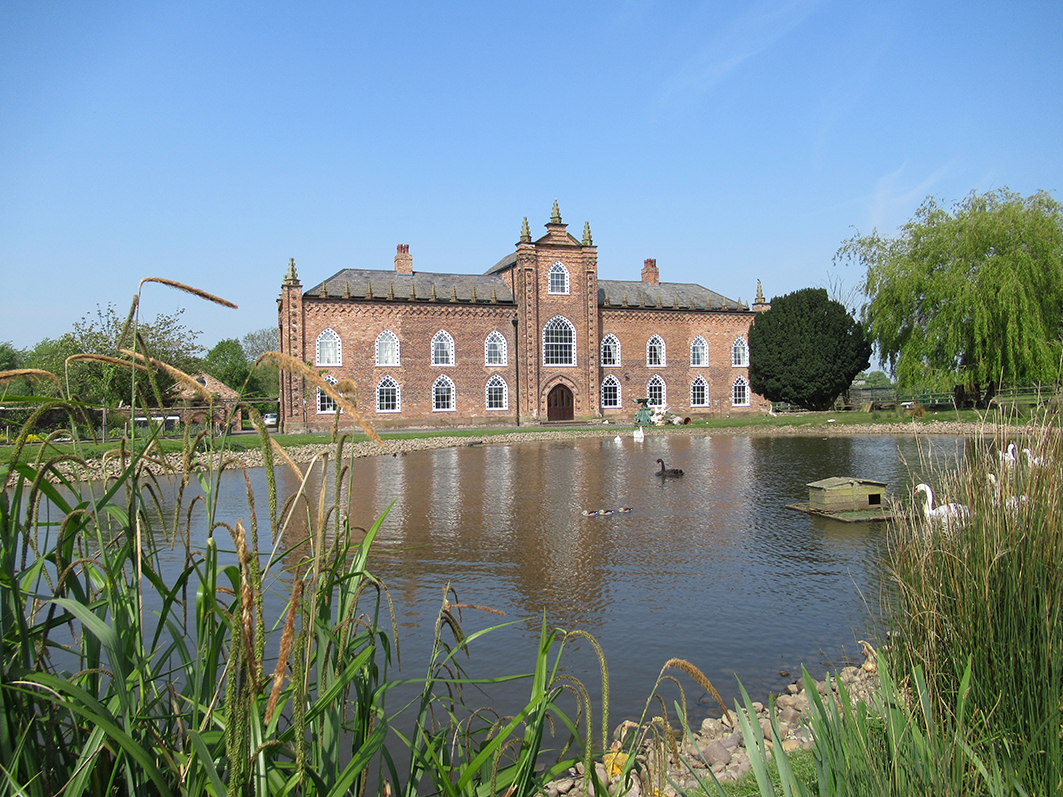 The Hall is a Grade II listed building in Cheshire.
It is part of a 17th to 19th Century manorial complex and includes the ‘New Hall’ built between 1760 and 1780, the ‘Old Hall’ built in the 17th century and a barn complex to the South spanning the 17th and 20th centuries.
The Hall was built by John Astley in an extravagant Gothic style known as Strawberry Hill Gothic. It is a brick building with a slate roof with two wings of two storeys and a central three storey mid-section.
The main frontage overlooks a pond and is surrounded by fields.
We have worked on this building since 2007 and are now assisting with the construction of ‘grand’ entrance gates on the driveway.